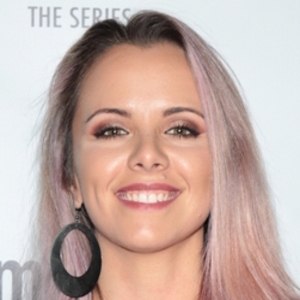 Singer and actress most well known as the winner of 2012's Festival Internacional de la Canción de Viña del Mar. She then went on to star as Giulia in the television series Gourmet Wars.

She launched her career in entertainment as a child, acting in the series Un Medico in Famiglia in 1999.

Beginning in the early 2000s, she began participating in theatre, performing in productions of High School Musical, Romeo and Juliet, and The Postman.

In 2016, she joined the cast of the film Papa starring Daryl Hannah and David Proval.

Denise Faro Is A Member Of