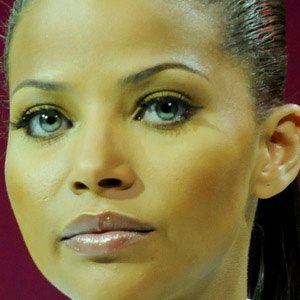 Best known for her role as Randi Hubbard on the soap opera All My Children. She also appeared in the 2012 film Magic Mike.

She plays Raquel Lancaster on the TV series Single Ladies.

She is of Greek and Dominican descent.

She appeared in the film What's Your Number? alongside Anna Faris.

Denise Vasi Is A Member Of