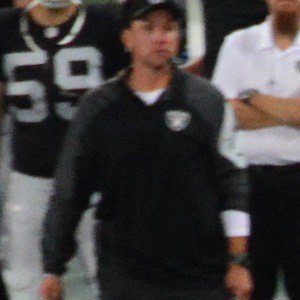 NFL coach who became the head coach of the Oakland Raiders in 2012.

He broke into the NFL in 2002, becoming a Defensive Assistant for the Atlanta Falcons.

He served as Defensive Coordinator for the Denver Broncos in 2011, when their defense was one of the best in the league.

He has a son, Garrison, and a daughter, Layla, with his wife Allison.

He served under Head Coach John Fox with the Denver Broncos in 2011.

Dennis Allen Is A Member Of