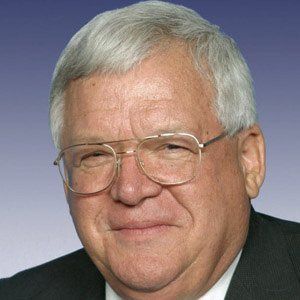 The longest-serving Republican Speaker of the House of Representatives in US history. He served Illinois as a congressman from 1987 to 2007.

He taught English in Osaka, Japan before returning to America as a sociology, economics and speech teacher.

After he lost his speakership in 2006 he he resigned his seat mid-session and became a lobbyist. In 2016, he was sentenced to prison for sexual offenses.

His son Joshua Hastert is a lobbyist employed for PodestaMattoon.

He was preceded by Newt Gingrich as the Speaker of the U.S. House of Representatives.

Dennis Hastert Is A Member Of