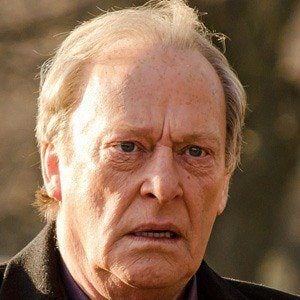 Television actor known for playing 'tough-guy' roles in series like The Sweeney.

He was entrenched in boxing as a child due to his father's passion for the sport.

He is also a singer who has sung the theme songs for shows he appeared in, like Minder, New Tricks, On the Up, and Stay Lucky.

He has been married four times.

He played the brother of a victim of Dracula, played by Christopher Lee, in Scars of Dracula.

Dennis Waterman Is A Member Of