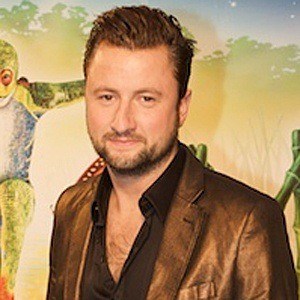 TV and radio host who became an official presenter of So You Think You Can Dance on RTL5 in 2009. He started presenting The Pain Game in May 2011. He has more than 120,000 followers on his dennisweeningofficial Instagram account.

He started out presenting for TV West, KinkTV Veronica, and MTV back in 2002.

He has been featured in commercials for products like Ditzo, Jack Daniel's, and Heineken. He also sang in the band Spider Rico.

He was raised as a Jehovah's Witness, but decided to quit after he and his wife divorced.

He has co-hosted the show Adam Is Looking For Eve with Nicolette Kluijver.

Dennis Weening Is A Member Of