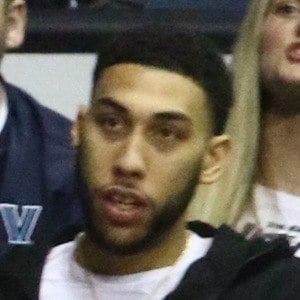 6'5" guard/forward who was named AP Player of the Year for the 2015-16 NCAA season as a member of the Michigan State Spartans. He also helped lead the Spartans to the final four of the NCAA Tournament in 2015. He was selected 14th overall in the 2016 NBA Draft by the Chicago Bulls.

He was coached by his father Carlton Valentine at J.W. Sexton School and would be named the Lansing State Journal Player of the Year as a senior.

He recorded a massive triple-double with 29 points, 12 rebounds and 12 assists in a Michigan State victory over the then 4th-ranked Kansas Jayhawks in November of 2015. He became the 4th Spartan to record a triple-double

He and his older brother Drew were born to parents Carlton and Kathy Valentine. Drew played college ball for Oakland University and would later become an assistant coach for the school.

He followed in the footsteps of former Michigan State Spartan Draymond Green to become a leader for the Tom Izzo-coached squad.

Denzel Valentine Is A Member Of