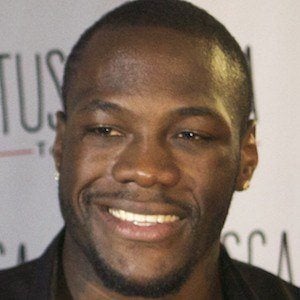 He turned professional in October 2005.

He was the only American boxer to win a medal at the 2008 Summer Olympics.

He has children named Naieya, Ava, and Dereon with Jessica Scales, whom he married in 2009 and later divorced. He also has a son and a daughter with Telli Swift. He and Swift got engaged in 2018.

He and Florida-born fighter Ray Mercer both won the United States Amateur Boxing Championships as heavyweights.

Deontay Wilder Is A Member Of