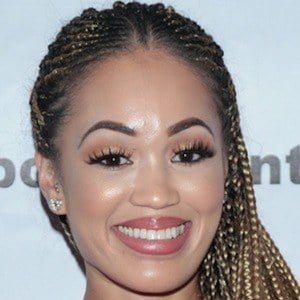 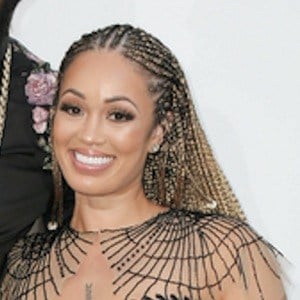 WAGS Atlanta personality who had previously been an XXotic Angels model. She was also a nurse at the Beverly Hills Plastic Surgeons' recovery unit.

She was a military brat. She was born in Zambales, Philippines, grew up in Yokosuka, Japan and later moved to Los Angeles, California. She was modeling from the age of 3 and was featured in magazines and beauty pageants.

Her real first name is Shuntel. She is the partner of heavyweight boxing champion Deontay Wilder. She has a son and a daughter.

She was featured on WAGS Atlanta alongside Sincerely Ward.

Telli Swift Is A Member Of