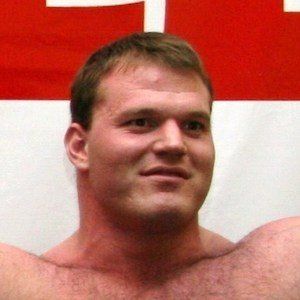 He received his Professional Strongman card from the ASC.

He has worked as a police officer for the Connecticut Police Department and an apartment complex owner.

He married Kristin Poundstone in 2011.

He and Mike Jenkins are both bodybuilders that have competed in the Arnold Strongman Classic.

Derek Poundstone Is A Member Of