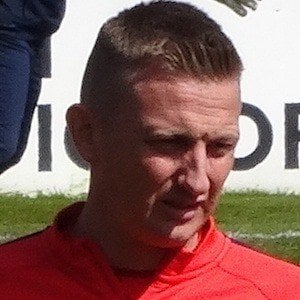 Scottish soccer forward known for his time with clubs like Celtic FC and the Scottish national team. He won Scottish Premier League titles with Celtic FC in 2007 to 2008.

He began his youth career with Hibernian in 1999 and made his senior debut with the club in 2001.

He was named Young Player of the Year by the Scottish Football Writers of America and the Professional Footballers' Association Scotland for the 2004-05 season.

He was teammates with Callum Booth at Hibernian FC.

Derek Riordan Is A Member Of