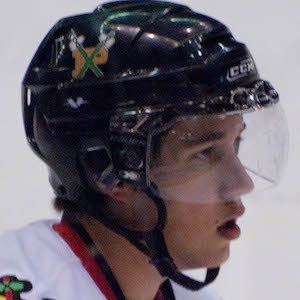 NHL defenseman who was drafted eighth overall by the Pittsburgh Penguins in 2012. He made his NHL debut in 2014 and scored a goal on his first career shot.

He played with major junior hockey with the Portland Winterhawks of the Western Hockey League.

Although he didn't play in enough games to automatically get his name on the 2016 Stanley Cup, he became the first player in nearly a century from Weyburn to be on Cup-winning team.

He grew up in Weyburn, Canada.

He scored his first NHL goal against Roberto Luongo.

Derrick Pouliot Is A Member Of