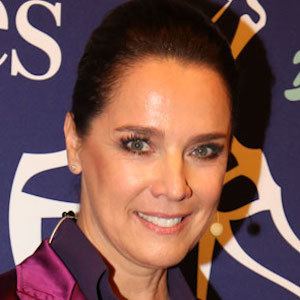 Her entertainment career began in her mid-teens as a member of the youth drama group Lycée Hubert Clément of Esch-sur-Alzette.

In 1992, she hosted the short-lived series Kinder Ruck Zuck, a kid's version of the game show Ruck Zuck.

A singer as a well as a television star, she recorded the 1984 duet "Kann es Liebe sein?" with singer Falco.

Desiree Nosbusch Is A Member Of