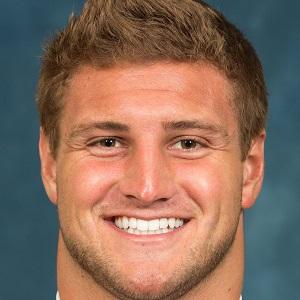 Linebacker who played college football for the Michigan Wolverines from 2011 to 2014. He was an ESPN and BTN Big Ten All-Freshman selection in his first season with the team.

He was a highly-touted recruit out of Ottawa West High School in Holland, Michigan.

He was named Athlon Sports Big Ten Defensive Player of the Week after making a one-handed interception against Connecticut in 2013.

His son is former football coach and administrator Scott Morgan.

He was coached by Brady Hoke at the University of Michigan.

Desmond Morgan Is A Member Of