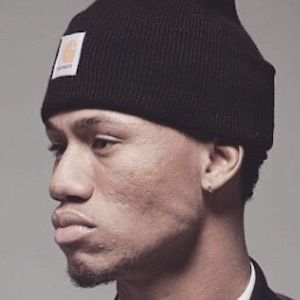 Rapper and hip hop artist known as one member of the Brooklyn-born hip hop collective Pro Era. He has gained an audience for his music through the Pro Era YouTube and SoundCloud accounts, earning tens of thousands of plays on songs like "Big Pimpin" and "CCC Freestyle."

As a member of Pro Era, he has inherited a significant social media following, earning more than 30,000 followers just on Instagram.

He is joined in Pro Era by rappers and music producers Nyck Caution, Kirk Knight, and Joey Badass.

Dessy Hinds Is A Member Of