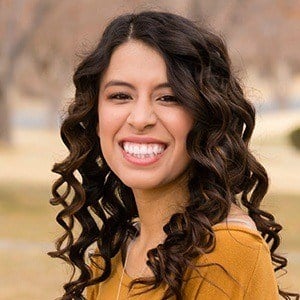 YouTube star who rose to fame as a member of the CRAZY MIDDLES family-run channel. They are best known for sharing daily vlogs on their growing adoptive family to inspire others who want to adopt and foster.

She is one of 16 adoptive brothers and sisters.

She became the fourth adoptive child of Jared and Shelly Wallace. Her biological siblings Cynthia and Jonathan were also adopted by Jared and Shelly. She married her boyfriend Dylan in 2019.

She and Landon Wallace both star on the CRAZY MIDDLES YouTube channel.

Destiny Rogers Is A Member Of