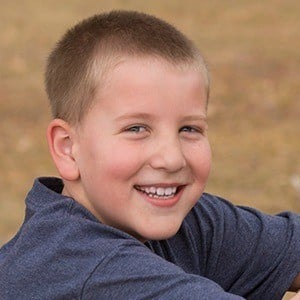 YouTube star who rose to fame as a member of the CRAZY MIDDLES family channel. His parents had him and his sister before deciding they wanted to adopt children and share daily vlogs to inspire others who want to adopt and foster.

He and his family started their YouTube channel in February 2015.

He has had 18 adopted brothers and sisters at one point.

His parents are Jared and Shelly. He has an older, biological half sister named Kylie.

He and Caleb Logan LeBlanc are both members of popular family run YouTube channels.

Landon Wallace Is A Member Of