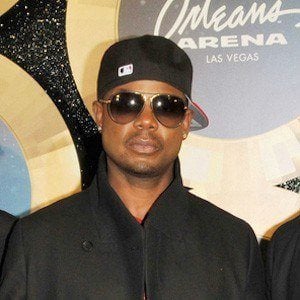 American hip hop artist and rapper who was a member of the 1990s R&B duo Jodeci, the group known for songs like "Come and Talk to Me" and "Freek'n You."

He first started to perform with Jodeci at age twenty.

His brother Devante Swing is also a singer. He also has another brother named Derek.

He was once in a relationship with TLC singer Tionne Watkins.

Dalvin DeGrate Is A Member Of