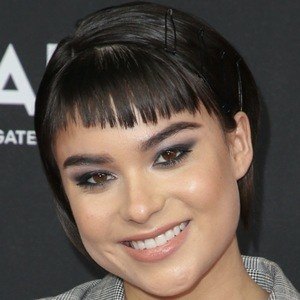 Acclaimed actress most well recognized for her portrayal of Aila in the 2013 drama Rhymes for Young Ghouls. She has since gone on to star as Lollipop in Mohawk Girls and as Claudia Auditore in the Assassin's Creed: Lineage mini-series.

She earned one of her earliest film credits in a 2007 episode of Stephen King's Dead Zone.

She wrote, directed, and produced the short film Stolen, a film documenting the life and loss of indigenous women in Canada.

Her full name is Kawennáhere Devery Jacobs. She was born on the Mohawk reservation Kahnawake 14 in Quebec, Canada.

In 2013, she appeared as a waitress in an episode of the US version of Being Human alongside Sam Witwer, Sam Huntington, and Meaghan Rath.