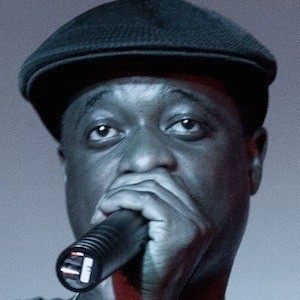 Southern rapper known for his unique style of rapping on songs like "Lacville '79," "Doobie Ashtray" and "What a Job." He has also gained considerable popularity as a featured artist, having collaborated with some of the biggest names in rap, including Snoop Dogg, Dr. Dre and Jay Z.

He spent his early childhood in St. Petersburg, Florida and moved to Texas in the fourth grade. He loved breakdancing and was a member of various dance crews before deciding to focus on rapping.

He played the lead role of Ray Ray in the 2012 stoner comedy Highway, originally titled Highway 420.

His birth name is Devin Copeland. He has multiple brothers and sisters.

He was one of the featured rappers on the 2009 Gucci Mane track "Kush Is My Cologne."

Devin the Dude Is A Member Of