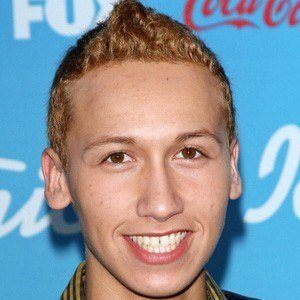 Singer who finished in eighth place on the twelfth season of American Idol who also auditioned for The X Factor and The Voice.

He worked as a Starbucks barista while at Rickover Naval Academy High School.

He was part of the American Idols LIVE! Tour 2013.

He performed a variety of songs while on American Idol, including "Listen" by Beyonce.

Devin Velez Is A Member Of