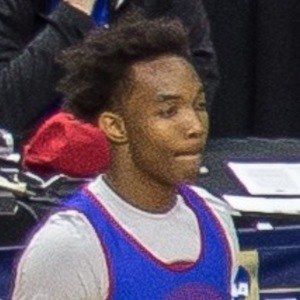 Point Guard who joined the Big 12 Conference in 2014 when he was recruited by University of Kansas. He has 250,000 followers on his dtaegraham Instagram account.

He attended Broughton High School where he led the team to the 4A state championship game.

He average averaged 5.7 points and 2.1 assists per game during his freshman year in college.

His mother is Dewanna King.

He and Zach LaVine are both basketball players born in 1995.

Devonte Graham Is A Member Of