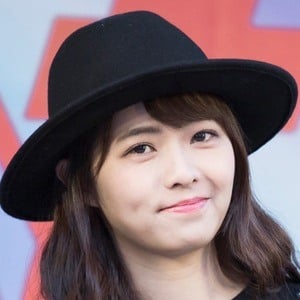 World music singer who has been half of the musical duo Dears since 2014. He has over 550,000 followers on his dewichien Instagram account.

Her first on-screen appearance was in A Good Wife in 2013.

She posted a series of photos of her family to Instagram in February 2018.

She and Tsai Chin are both world music singers from Taiwan.

Dewi Chien Is A Member Of