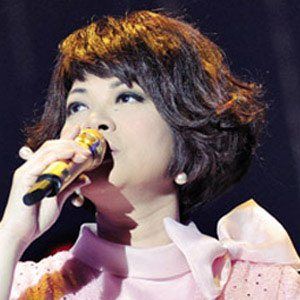 Taiwanese singer who is known to sing in both Mandarin Chinese and Taiwanese Hokkien with rich and witty vocals.

She released her first album in 1979.

Her album Golden Voice was awarded as one of the Top 10 Selling Mandarin Albums of the Year in 2007.

Tsai Chin Is A Member Of