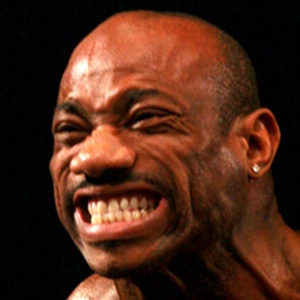 Bodybuilder nicknamed "The Blade" who earned the distinction of having won more professional bodybuilding titles than any other competitor in the history of the sport. Among the competitions he has won include Mr. Olympia, the Arnold Classic and the Ironman Pro Invitational.

He played football and baseball before dedicated himself to bodybuilding at age 20.

At the age of 46, he became the second-oldest male bodybuilder ever to win a professional competition.

He has a daughter named Myah.

He beat out Jay Cutler to become Mr. Olympia 2008.

Dexter Jackson Is A Member Of