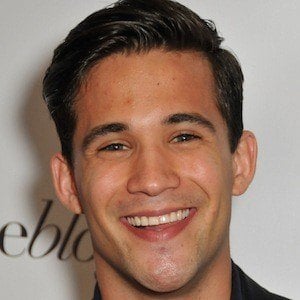 Singer who gained fame after competing as a member of Team Christina Aguilera on the third season of The Voice. He made the Top 8 before being eliminated and later moved to Los Angeles to begin recording original music.

He grew up singing in church and started a Christian rock band with his brother and sister called Duron when he was 11 years old.

He is one of 6 siblings. He previously dated The Bachelor contestant Becca Tilley.

He and fellow The Voice contestant Willie Jones are both from Shreveport, Louisiana.

Dez Duron Is A Member Of