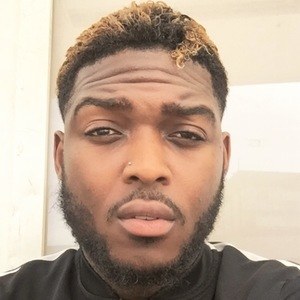 R&B solo artist who has become known on SoundCloud for the singles "Way Too Drunk" and "Girl for Me." He was first seen competing on the eighth series of The X Factor.

He was working as a Burger King chef before auditioning for The X Factor.

Originally part of a four-man boy band, he competed with The Risk on The X Factor in 2011. The band dissolved in 2014 so that the members could pursue solo careers.

He has posted several photos of his niece, Jaylah, on Instagram.

Both he and Andy Merry rose to fame as members of The Risk on The X Factor.

Dez Mensa Is A Member Of