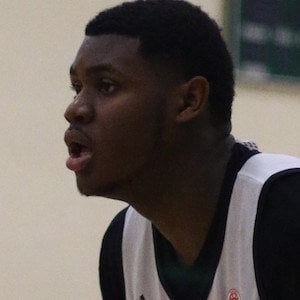 2015 McDonald's All-American and First-team Parade All-American center who played the 2015-2016 NCAA season with the Maryland Terrapins, helping them reach the sweet 16. He was a second round selection of the NBA's New Orleans Pelicans in 2016.

Averaging 24.4 points and 11.7 rebounds in his senior season at Dominican High School, he would be recruited as a five-star.

He was suspended one game by his coach Mark Turgeon in his freshman year for a flagrant foul he committed the game prior.

He was a teammate of Melo Trimble at the University of Maryland.

Diamond Stone Is A Member Of