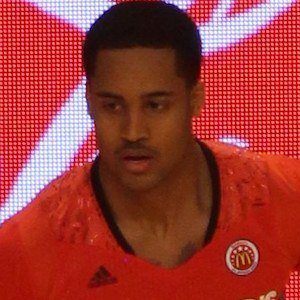 Point guard who joined the Philadelphia 76ers for the 2017 NBA Summer League. In 2016 he was named a Bob Cousy Award finalist, which recognizes the nation's top collegiate point guard.

He attended Bishop O'Connell High School in Arlington, Virginia. As a senior, he was named to the McDonald's All-America team. He began his collegiate career with the University of Maryland Terrapins in 2014.

During his freshman season with Maryland, he was named to the John Wooden Award's Midseason finalists list.

He was born and raised in the Washington, D.C. area.

Melo Trimble Is A Member Of