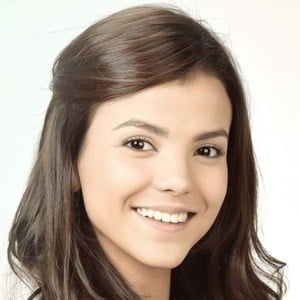 Television and soap opera actress who rose to fame for her work on the popular Telemundo telenovela Sin Senos Si Hay Paraiso. She was also cast on the original Netflix series Narcos.

She began to study theater and acting at the age of 10. She went on to receive an artistic baccalaureate.

In 2016, she joined the production of Dulce Amor.

She is originally from Colombia.

She was cast on Narcos alongside Wagner Moura and Boyd Holbrook.

Diana Isabel Acevedo Is A Member Of