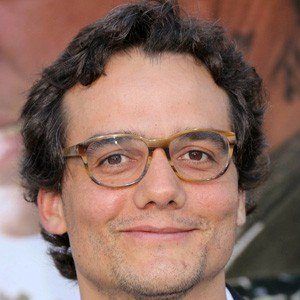 Brazilian film and television actor best known for his appearance in Elite Squad and its sequel, Elite Squad: The Enemy Within. He also played the lead role of Pablo Escobar in the Netflix series Narcos.

He attended Federal University of Bahia in Brazil and graduated with a degree in journalism. He also wrote and sang for the band Sua Mãe.

He received a 2016 Golden Globe nomination for his role as Pablo Escobar in the Netflix series Narcos.

He married the photographer Sandra Delgado, together they have three sons.

He appeared in the film Woman On Top, starring Penelope Cruz.

Wagner Moura Is A Member Of