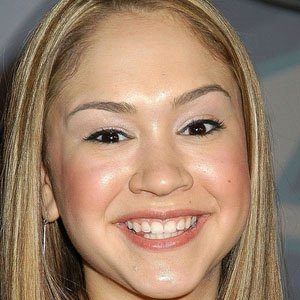 Singer who was a 2004 American Idol finalist at age sixteen who has also appeared on soap operas like The Young and the Restless.

She sang at Georgia Music Hall of Fame Awards when she was ten years old. She had many other public performances as a child, including a stint on Cartoon Network.

She almost won American Idol in 2004 but ended up losing by only two percent of the vote.

She began a relationship with American Idol contestant and former Hair co-star Ace Young; they got engaged on-air on May 23, 2012. The couple married in June 2013.

She lost to Fantasia Barrino on American Idol.

Diana DeGarmo Is A Member Of