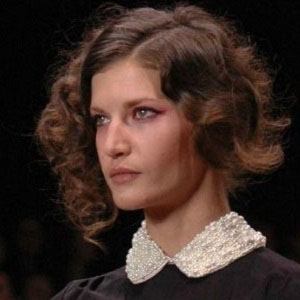 Notable for her appearance in the 2005 Pirelli Calendar and for her cover shoots for the Spanish, French, and Japanese editions of Vogue, she is also well known for her advertising campaigns for fashion brands such as Prada, Chanel, and Jean Paul Gaultier.

She began her career after being discovered by Bucharest-based modeling recruiter Giani Portmann.

She appeared on the first cover of the fashion magazine WSJ.

She spent her early days in Craiova, Romania, and later relocated to New York City, U.S.A.

She appeared with fellow model Sara Ziff in the 2009 documentary film Picture Me: A Model's Diary.

Diana Dondoe Is A Member Of