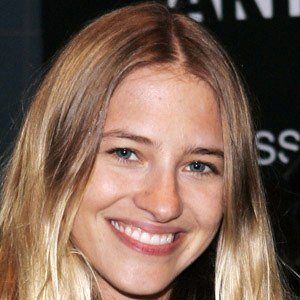 American model, filmmaker, and labor activist who formed the non-profit Model Alliance in 2011. She directed a documentary called Picture Me about her experiences in the modeling world.

In addition to forming the Model Alliance to establish labor standards for models in the United States, she also became active in promoting labor rights for garment workers in Bangladesh.

She was born and raised in New York City. Her mother was a lawyer, and her father was a professor at the NYU Medical Center.

Actress and model Milla Jovovich also served on the board of the Model Alliance.

Sara Ziff Is A Member Of