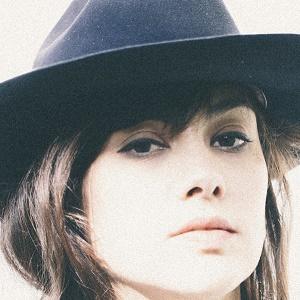 Co-star of the Cary Fukunaga-directed feature film Sin Nombre who was previously cast in the Cannes, Toronto and AFI festival premiering film Dramamex. After acting, she began devoting more time to visual arts as a muralist and as a part of art group shows.

Growing up, she would easily amuse herself as long as she had a pen and paper in hand, drawing mostly dinosaurs and fruit at her grandmother's painting studio.

She gave a TEDx talk at Catapulta Fest entitled Be What You Dream in 2014.

She was born in Monterrey, Mexico and moved to Los Angeles, California in 2010.

She was featured in the Gael Garcia Bernal-produced feature film Dramamex.

Diana García Is A Member Of