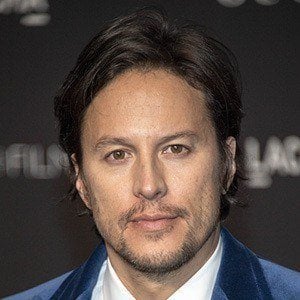 Awarding winning director, writer, and cinematographer, known for directing the first season of the hit HBO psychological thriller True Detective. The series earned him a Primetime Emmy Award for Outstanding Directing for a Drama Series.

He had ambitions to be a pro snowboarder in his youth, but switched to film making in his mid twenties, attending New York University's Tisch School of the Arts' graduate film program. He never finished his degree, instead opting to make Sin Nombre, his 2009 feature film debut.

His 2010 adaptation of Jane Eyre, starring Michael Fassbender and Judi Dench, was nominated for an Academy Award for Best Achievement in Costume Design.

He was born in Oakland, CA to Anthony Fukunaga, who worked for the University of California, Berkley, and Gretchen Grufman, a dental hygienist.

He directed Matthew McConaughey in the award winning first season of True Detective, and stayed on as an executive producer for season 2.

Cary Fukunaga Is A Member Of