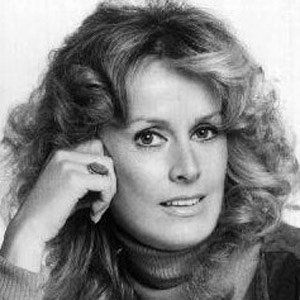 Ohio-born stage and screen actress who appeared alongside Paul Newman in the 1959 Broadway production of playwright Tennessee Williams' Sweet Bird of Youth. Her film and television credits include roles in The Chase, The Twilight Zone, and The Fugitive.

She made her on-screen debut in a 1955 episode of Robert Montgomery Presents.

After her divorce from actor Joe Goodson was finalized, she briefly dated John Travolta.

She co-starred with Marlon Brando in the 1966 movie The Chase.

Diana Hyland Is A Member Of