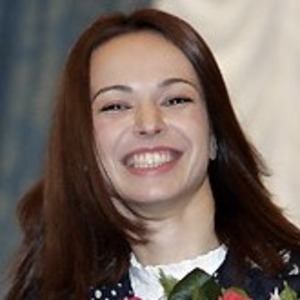 Ballet dancer who has been the principal dancer at the Mariinsky Ballet (formerly Kirov Ballet) and the American Ballet Theatre. She has performed in many prestigious companies including the Bolshoi Ballet and the Paris Opera Ballet.

She was born in Leningrad before it was renamed back to St. Petersburg in 1991 with the fall of the Soviet Union. She attended Vaganova Academy of Russian Ballet, where she had the highest grades out of anyone in history. When she graduated in 1995 she was immediately brought into the Mariinsky Ballet Company where she became the principal in 1996.

It was important to her to dance in a variety of different cultures, to not just learn the Russian style. That is how she has come to dance in so many companies. In 2015 she danced in a contemporary ballet show in London, where both pieces she performs were choreographed for her, personally, and she encouraged them to think of her multicultural past.

She married Konstantin, a sports agent, in 2013 in Hawaii.

She made an appearance at the opening ceremony of the 2014 Winter Olympics in Sochi, Russia, alongside Vladimir Putin.

Diana Vishneva Is A Member Of