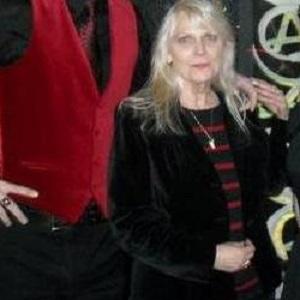 Known as a founder and High Priestess of the Church of Satan, this controversial religious figure compiled and edited many of her church's doctrines, including The Devil's Notebook, The Satanic Bible, and The Satanic Witch.

She served for a decade as Chair of San Francisco's Graphological Society.

Her church came under fire and was forced to defend itself during the fundamentalist Christian-spurred Satanic Ritual Abuse panic of the 1980s.

Her more than two-decade-long relationship with Church of Satan co-founder resulted in a daughter named Zeena. She and LaVey later raised their grandson, Stanton Zaharoff.

Christian televangelist Bob Larson was one of her church's greatest critics.

Diane Hegarty Is A Member Of