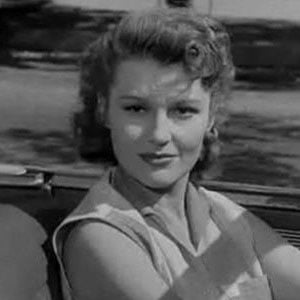 Canadian film, television, radio, and theater star. She played leading roles in such films as The Kentuckian and The Violent Men and also appeared in such western television series as Overland Trail and Bonanza.

She began her successful career in radio broadcasting when she was just fourteen years old.

After retiring from acting in the mid-1960s, she focused on her interests in music and visual art.

Her three marriages produced a total of three children.

She co-starred with Dean Martin in the film Who's Been Sleeping in My Bed?

Dianne Foster Is A Member Of