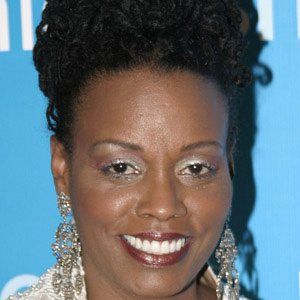 Grammy Award-winning jazz singer who released the album, When You Know, in 2008.

She studied music at the University of Colorado.

She performed at the closing ceremony of the 2002 Winter Olympics.

Her uncle Charles Burrell is a bass player with the Denver Symphony Orchestra.

She contributed to the film soundtrack of Good Night, and Good Luck with George Clooney.

Dianne Reeves Is A Member Of