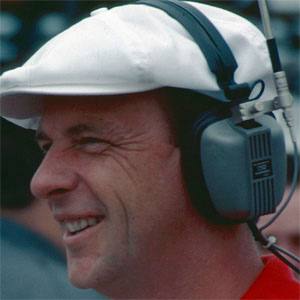 Motorsports broadcaster best known as an announcer for events like the Daytona 500. He was previously a writer and editor for publications like Speedway Illustrated, for which he was given the National Motorsport Press Association Writer of the Year award in 1999.

He was a driver himself from 1967 to 1981, retiring after a near-fatal accident at Boone Speedway.

He has a doctorate in psychology from Tufts University and worked as a professor at Emmanuel College.

He made a cameo as himself in the 2006 comedy "Talladega Nights: The Ballad of Ricky Bobby," starring Will Ferrell.

Dick Berggren Is A Member Of