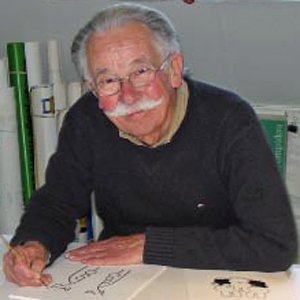 Author and illustrator of over 200 children's books including the famous Miffy books. He also illustrated more than 2,000 book covers.

His father was a very successful publisher in Netherlands and had the hopes that he would take over the company, but instead Dick turned to writing and illustrating.

In 2006 a museum was opened, now called The Miffy Museum, in honor of him and his work in children's books. He received the Max Velthuijs-prijs award in 2016.

He married Irene De Jongh and together they had a son.

One of his biggest inspirations was artist Henri Matisse.

Dick Bruna Is A Member Of