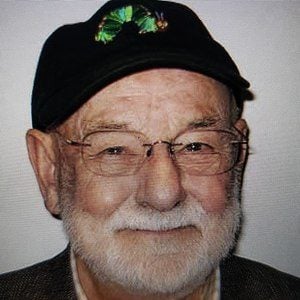 Children's author and illustrator who created the best-selling picture book The Very Hungry Caterpillar. Also the author of The Grouchy Ladybug and Brown Bear, Brown Bear, What Do You See?, he was the 2003 recipient of the prestigious Laura Ingalls Wilder Award for Children's Literature.

When he was fifteen years old and living in Germany with his family during World War II, he was forced to dig trenches for the German Army. After returning to the United States, he worked as a graphic designer for The New York Times.

His children's picture books contain collage-like art, layers of material, and added special effects. His work The Very Quiet Cricket, for example, contains a built-in cricket's chirp, and the pages of The Very Lonely Firefly light up in twinkling, firefly fashion.

He was born in Syracuse, New York to German immigrant parents. He later settled in Massachusetts with his second wife, Barbara Morrison, and his two children.

Eric Carle Is A Member Of