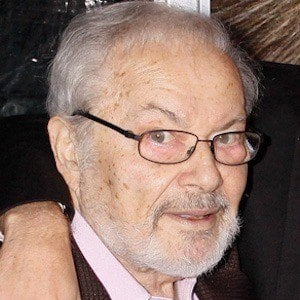 Popular children's author and illustrator who is best known for the classic book, Where the Wild Things Are. His numerous literary honors include the Caldecott Medal, the Laura Ingalls Wilder Medal, and the Hans Christian Andersen Award.

As a boy, he decided to become an illustrator after watching Disney's Fantasia. He later studied at the Art Students League of New York.

Where the Wild Things Are was originally called Where the Wild Horses Are; however, Sendak changed his title after discovering that he was not adept at drawing horses.

He was born in New York City to Sadie Schindler Sendak and Philip Sendak, Jewish immigrants whose extended families were later killed in the Holocaust. He lived with life-partner, Dr. Eugene Glynn, for fifty years.

His popular book, Where the Wild Things Are, was adapted into a film starring Forest Whitaker.

Maurice Sendak Is A Member Of