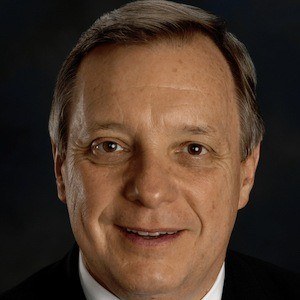 US Senator from Illinois who became the Senate Majority Whip, the second highest position in the Democratic Party leadership in the Senate, in 2007.

He obtained his J.D. from Georgetown University Law Center in 1969 before becoming the legal counsel to Lieutenant Governor Paul Simon from 1969 to 1972.

He was one of the first politicians to introduce a bill into the House that would ban cigarette smoking on airplanes.

He had three children with his wife Loretta Schaefer.

He urged Rod Blagojevich to resign and not name a successor to following Blagojevich's arrest but the former Governor did not listen to him.

Dick Durbin Is A Member Of