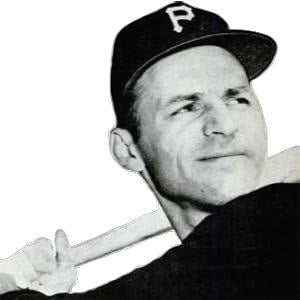 He was an All-American basketball and baseball player at Duke and also became a member of the Sigma Chi fraternity; he was signed by the Pittsburgh Pirates just a few days after graduating from Duke.

He was the first player ever to be inducted into both the college basketball and college baseball Hall of Fames.

He married Barbara Womble in November 1955, and they had three daughters together, Tracey Lynn, Carol Ann, and Allison.

In 1960, he became the first right-handed Pirates hitter since Honus Wagner in 1911 to win the NL batting title.

Dick Groat Is A Member Of