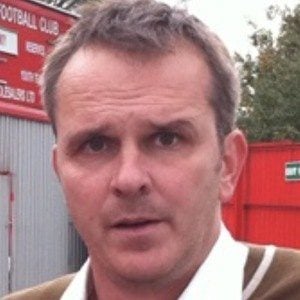 Professional soccer player and manager most well known for his long career playing with Bayern Munich, Liverpool, and Manchester City. He has also been a member of the German national team and coached for Milton Keynes Dons and Stockport County.

He began his soccer career at the little known football club Wacker München before moving to Bayern Munich at the age of sixteen.

His brother Matthias is also a well known soccer player. He and his wife Tina have two daughters named Chiara and Luna.

He played alongside Oliver Kahn in his early years on the Bayern Munich soccer team.

Didi Hamann Is A Member Of