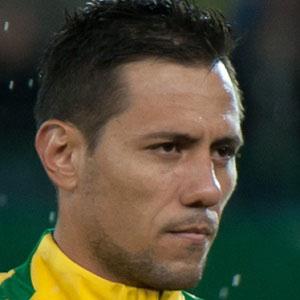 Brazilian soccer goalkeeper who debuted internationally for the Brazilian national team in 2011 and professionally for Atlético-MG in 2004.

His youth career began in 2001 for Botafogo-SP.

He is known for very quick reflexes and ability to stop penalty kicks.

He grew up with his family in Rio de Janeiro, Brazil.

One of the best saves of his career came off a point-blank shot from Fernando Torres of Chelsea in a Champions League group stage match.

Diego Alves Is A Member Of