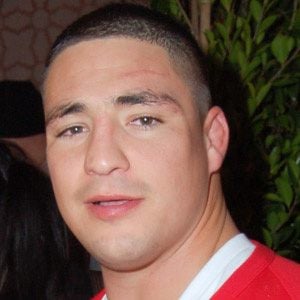 Lightweight fighter was introduced to the UFC by winning the first season of The Ultimate Fighter.

He worked for UPS while beginning his amateur fighting career.

He went undefeated in his first 17 fights until eventually losing his 18th bout in 2007.

He married Bernadette Sanchez in 2006.

He defeated Nick Diaz by unanimous decision on November 5, 2005.

Diego Sanchez Is A Member Of